Watch a Masterpiece Emerge from a Solid Block of Stone 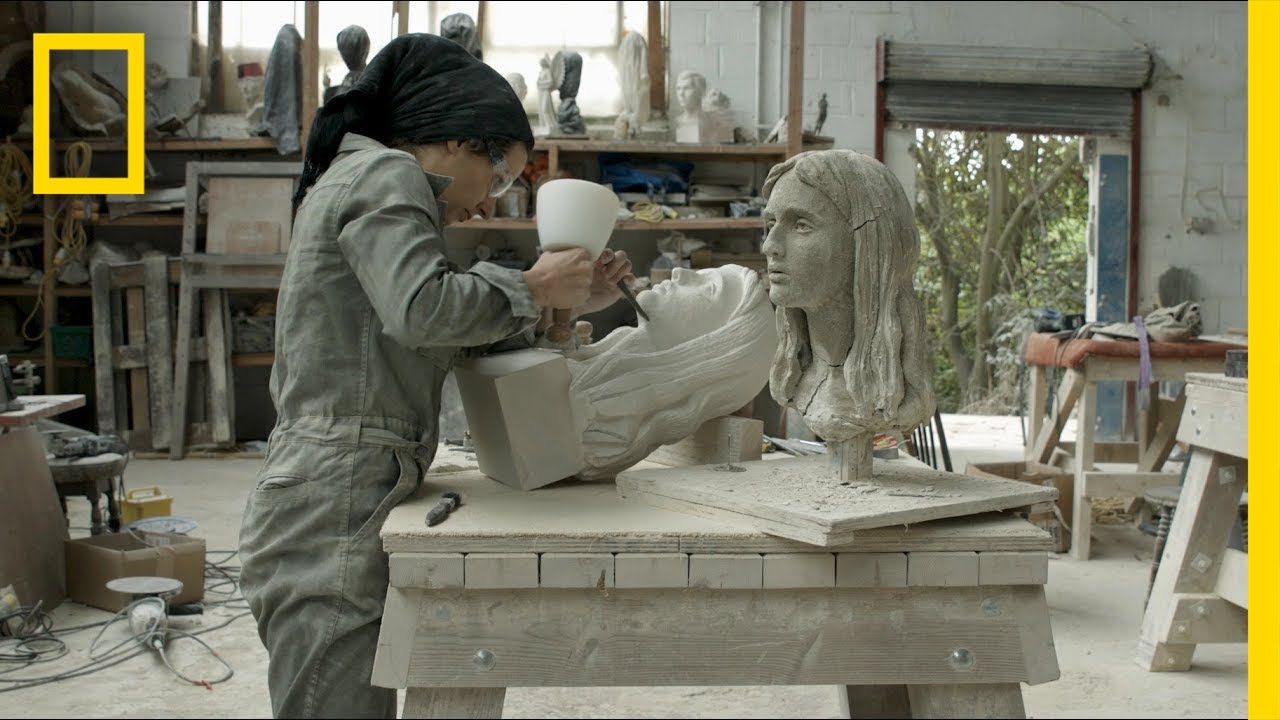 As a younger person, I became enthralled with the art-historical novels of Irving Stone, especially The Agony and the Ecstasy, his fictionalized biography of Michelangelo. Few books live up to their title so well — Stone’s Michelangelo is a tumult of passion and pain, a Romantic hero tailor-made for those who believe artistic creation transcends almost any other act. Stone describes Michelangelo’s sculpture emerging from the marble fully-formed in a creation imbued with so much sexual energy, some passages may need adult supervision:

It was like penetrating deep into white marble with the pounding live thrust of his chisel beating upward through the warm living marble with one ”Go!”, his whole body behind the heavy hammer, penetrating through ever deeper and deeper furrows of soft yielding living substance until he had reached the explosive climax, and all of his fluid strength, love, passion, desire had been poured into the nascent form, and the marble block, made to love the hand of the true sculptor, and responded, giving of its inner heat and substance and fluid form, until at last the sculptor and the marble had totally coalesced, so deeply penetrating and infusing each other that they had become one, marble and man and organic unity, each fulfilling the other in the greatest act of art and love known to the human species.

Whether or not you’re moved by Stone’s prose, you have to admit, it does make sculpting sound enormously appealing. For a much less masculine take on what it’s like to carve a figure from a solid block of stone, see the National Geographic short film above, in which a three-dimensional portrait comes alive in the hands of stone carver Anna Rubincam.

This is a labor of love, but it is also one of careful preparation. Rubincam “begins her process by measuring and sketching the features of a live model,” the film’s YouTube page notes. “From there, she creates a clay version before moving on to carefully chisel the piece out of stone.” The entire process took three weeks.

Is there room for agony and ecstasy amidst the measurements? Indeed. “I always feel that you have to be a bit mad to become a stone carver,” says Rubincam, acknowledging that “this isn’t the Renaissance anymore. Stone isn’t a primary building material anymore. Why would anyone go into a profession” like this one? Rubincam’s answer — “there just wasn’t any other option” — cannot help but bring to mind the most popular quote from Stone’s novel: “One should not become an artist because he can, but because he must. It is only for those who would be miserable without it.”

Josh Jones is a writer and musician based in Durham, NC. Follow him at @jdmagness

Watch a Masterpiece Emerge from a Solid Block of Stone is a post from: Open Culture. Follow us on Facebook and Twitter, or get our Daily Email. And don’t miss our big collections of Free Online Courses, Free Online Movies, Free eBooks, Free Audio Books, Free Foreign Language Lessons, and MOOCs.