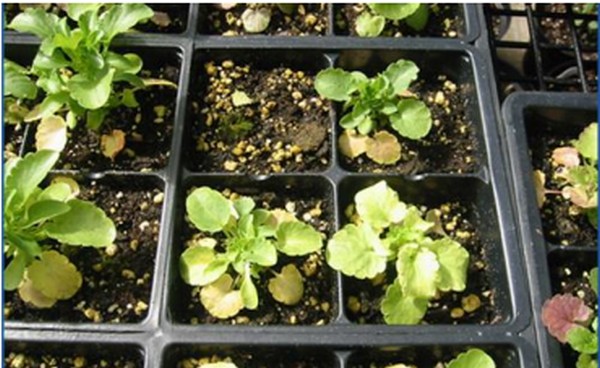 Cloudy, gray, damp weather coupled with overly damp soilless media create the perfect environment for fungus gnat outbreaks in greenhouse operations. Insecticides that target the adults can be deployed for a quick knockdown, but a more holistic program utilizing biocontrol agents may work better for growers in the long haul.

There are three major biocontrol agents (BCA) that can be utilized by greenhouse growers to control fungus gnat larvae. These BCAs include a predaceous mite, Strateolaelaps scimitus, the Rove beetle (Atheta coriaria), and a nematode, Steinernema feltiae. All three of these bicontrol agents can be quite effective if deployed early in the cropping cycle. Strateolaelaps scimitus feeds on first instar fungus gnat larvae, overwintering two-spotted spider mites, and thrips
pupae.

Strateolaelaps should be introduced early in the cropping cycle prior to the fungus gnat populations become too abundant. As a rule, best results are obtained when trap counts on yellow sticky cards are less than 10 per week. Two applications of Strateolaelaps scimitus 2-3 weeks apart usually provides excellent control.

Atheta coriaria, the Rove Beetle is a soil dwelling insect that feeds on a wide array of small insects and mites. Atheta is relatively slow to establish and should be introduced into the cropping cycle early when less than 10 fungus gnat adults are being caught per week on yellow sticky cards. Atheta coriaria is not considered a strong biocontrol agent on its own against fungus gnats and should be used in concert with Strateolaelaps scimitus releases.

Steinernema feltiae is an entomopathogenic nematode that when
released into the media will seek out and enter the insect though a natural opening in the insect (mouth, anus, or spiracle). Once inside the insect the nematode releases a symbiotic bacteria into the insect’s system resulting in its death in 24-48 hours. Beneficial nematodes are
typically applied at a rate of 50 ml per 1100 square feet to pre-moistened media. Growers will enjoy greater success with Steinernema feltiae and other nematodes if they shut off fans after application (to lessen desiccation). Growers should also refrain from applying beneficial nematodes under high light conditions.

Read the complete article at www.e-gro.org.