Thanks to the expansion of the company and an exchange with fresh plants at the existing company, Porta Nova can perfectly grow the plants in the coming years to once again go for the very best quality all year round. The plants are given ample time and a slightly higher average temperature, which is combined with improved cultivation techniques. As a result, the plants become much healthier and the quality of the Supra, Unica and Magna will be further enhanced.

An additional advantage is that they can also select an extra batch of quality roses from the greenhouse in the coming years. They have the reliability, tightness, subtle scent and vase life Porta Nova roses are known for, but are less thicker in terms of bud and stem. These are called “Hollanda by Porta Nova”.

Proud Dutch merchants
In addition, close relationships have developed between us and the traders over the years. It is only through partnerships with the many Dutch trading companies that quality can be guaranteed across the borders. Many of these international trading companies have benefited from knowledge and passion passed down from generation to generation. To celebrate the introduction of Hollanda by Porta Nova together with the traders, they were invited to be captured by a top Dutch photographer as a medieval merchant. 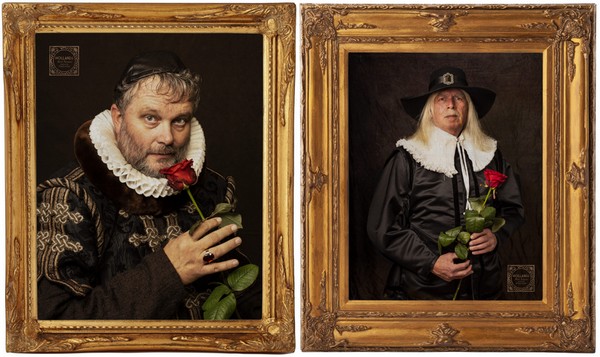 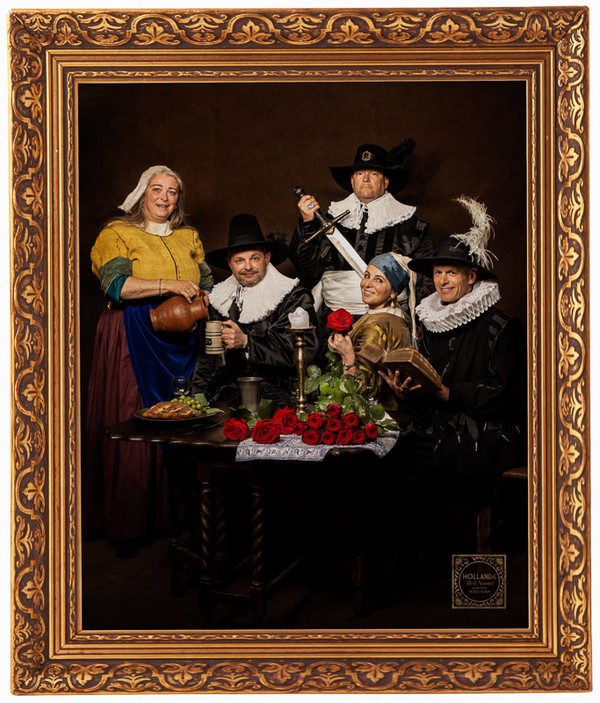 Dutch flower arrangers
Many of the Dutch floral designers are also huge fans of Porta Nova and love to join colleagues from around the world at events where they make the most beautiful creations together. Some of them were portrayed as well. Do you recognize them?

From left to right: Hanneke Frankema as “The Milkmaid” by Vermeer, Max Van de Sluis as “Rembrandt van Rijn” and Sarah Dikker “The Girl with the Pearl Earring”

Porta Nova quality team
Porta Nova is all about quality. That is why they were inspired by the world-famous painting “The Staalmeesters” by Rembrandt. Also called “Syndics of the Drapers’ Guild. Here are 6 nobles of the cloth guild depicted who, as an honorary job, inspected the quality and color of the cloths. You can see the sales & marketing team checking the quality of Hollanda roses. 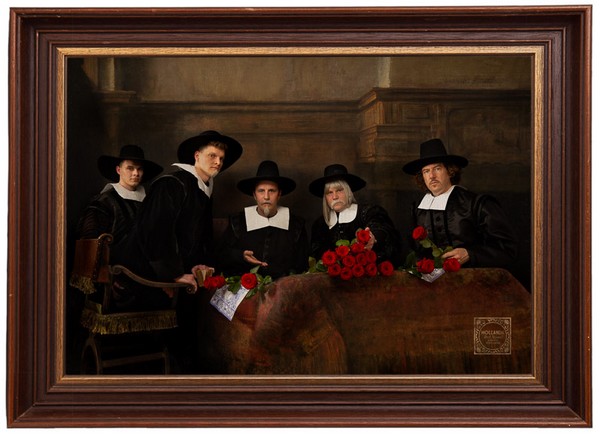 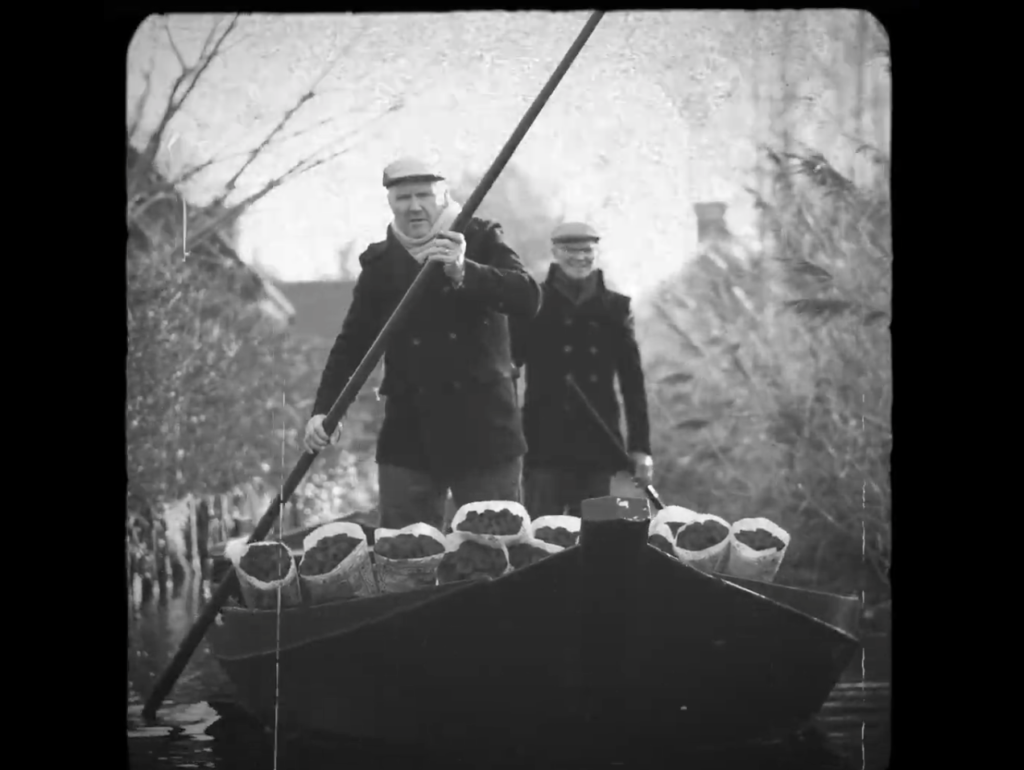 Screenshot taken from the video 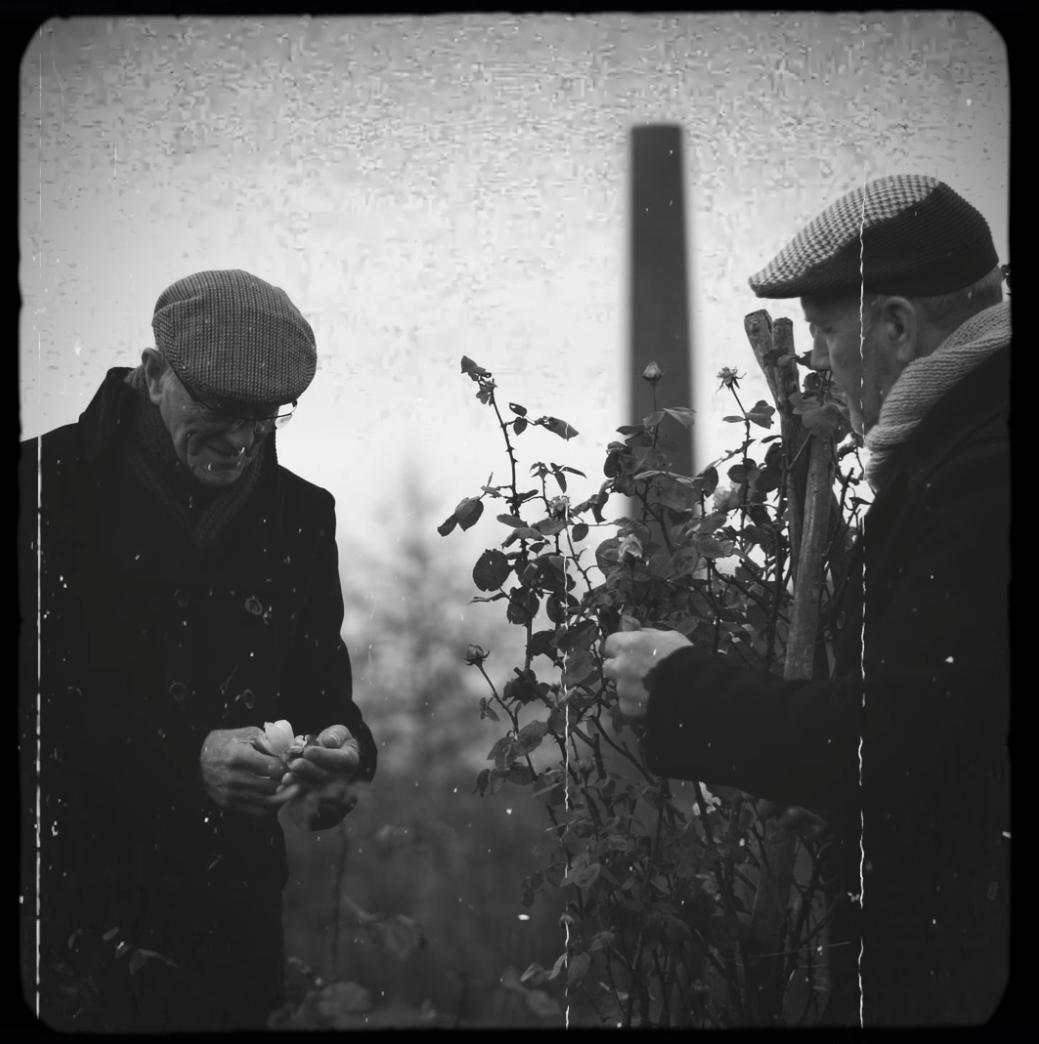