The Pennsylvania Horticultural Society (PHS), in partnership with Four Seasons Hotel Philadelphia, today announced that celebrated florist Jeff Leatham, known for large-scale, architectural floral installations that utilize thousands of flowers will create Jeff Leatham’s “Habitat” presented by Four Seasons Hotel Philadelphia. This grand floral installation will debut at the 2021 PHS Philadelphia Flower Show during the Show’s opening weekend, offering show visitors a stunning explosion of color and grandeur upon their arrival at the Show’s grounds. This installation can be viewed during the PHS Member’s preview on Friday, June 4, and publicly from Saturday, June 5 – Sunday, June 6. This year’s Show, “HABITAT: Nature’s Masterpiece,” will be held outdoors for the first time in its 193-year history and will explore the beauty of life through nature’s kaleidoscopic lens from June 5 – 13, 2021 at FDR Park in South Philadelphia. 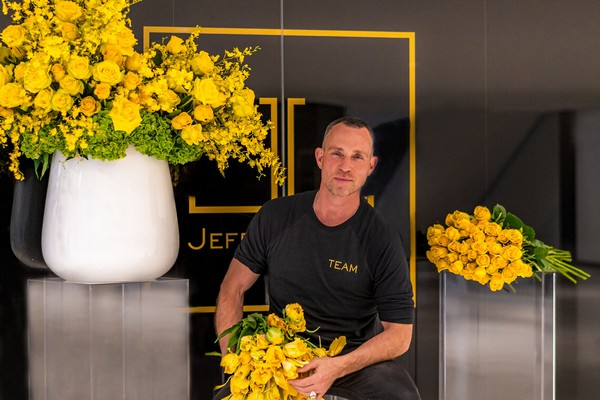 A captivating, living installation where nature meets architecture, Jeff Leatham’s “Habitat” will recreate the explosive energy and movement of overgrown vines in vibrant hues of orange and yellow. Creating an otherworldly artistic expression, the installation features a combination of Plumosa Ferns and Baby’s Breath sculpted around the iconic columns of the Olmsted Pavilion. “The inspiration for this piece comes from our collective experience of being quarantined this past year,” said Leatham. “When I close my eyes, I see pent-up and overgrown nature wanting to be free. The colors are inspired by the burning desire to bring back the fire of life.”

“It has long been a dream of ours to be a part of this iconic Philadelphia event,” said Ben Shank, General Manager, Four Seasons Hotel Philadelphia. “Jeff Leatham’s vision of large-scale, organic lines, juxtaposed with the existing architectural structure of the Olmsted Pavilion at FDR Park will create a never-before-seen moment for the Philadelphia Flower Show and the City of Philadelphia. We are excited to bring his creative genius to Philadelphia once again.”

This will be Leatham’s third public floral installation in Philadelphia. Jeff Leatham’s “Habitat” is one of 29 signature, large-scale floral and garden exhibits to premiere at this year’s Philadelphia Flower Show.