Always the optimal amount of PAR light in the greenhouse and an even distribution of the light over the crop; that is the PARperfect screen solution from Svensson in a nutshell. However, to capitalize on these advantages as a grower, you must know precisely how much light your crop can receive. Because calathea grower Teun Valstar had insufficient insight into this, Svensson carried out photosynthesis measurements at his company last year. The collected information offers the entrepreneur opportunities to optimize the light level in his greenhouse and the crop growth.

The Netherlands has only a handful of calathea growers; Teun Valstar is one of them. For the entrepreneur from Honselersdijk, this cultivation still holds few secrets; he has been focusing on producing these green plants for 35 years. His company Shadowplant now covers almost six hectares. “We recently bought a 1.9-hectare neighboring company,” says Valstar. “This location will eventually be run by my son Roy, who wants to take over the company in the future. Even during these corona times, our sales continue well, partly due to the increase in online sales.”

Optimal use of light capacity
Screening is critical in the cultivation of green plants. Too much sunlight can lead to crop damage – in the form of brown edges and points – or growth inhibition. “Most growers of green plants screen away between twenty and eighty percent of light,” says Paul Arkesteijn, climate consultant at Svensson. “The disadvantage of the regular climate screens is that you are always stuck to the chosen screening degree; you are not or hardly flexible. While at certain times or in certain periods, you could allow in more light without damaging the crop. However, due to the fixed shading degree, you cannot make optimal use of the plant’s light capacity.”

In response to this, Svensson introduced the innovative PARperfect screen solution three years ago. This screen solution makes it possible to achieve the desired PAR light level in the greenhouse because the screen level can vary from twenty to one hundred percent. “You can compare the principle to that of a light dimmer,” says Arkesteijn. 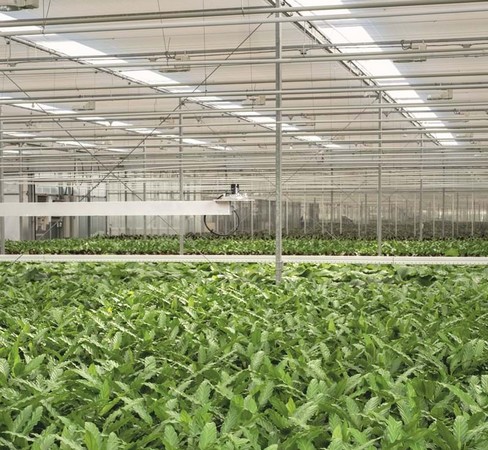 The concept consists of a combination of two climate screens. The top screen is a screen with a high shade level or a blackout screen; the bottom screen is the unique Harmony PARperfect climate screen. This screen has a high light transmission and a high Hortiscatter; the light is evenly distributed over the plants. There are no shadow bands, which is the case with traditional climate screens. The bottom screen closes first in the morning; the top screen opens and closes based on the solar radiation and the amount of light the crop can receive. This is done using a PAR light sensor in the greenhouse linked to the climate computer. With PARperfect, you are therefore always assured of the maximum amount of light in the greenhouse. Without having to worry about crop damage.

Play it safe
Teun Valstar first invested in PARperfect two years ago, after having screened with two regular screens for years. “The fact that you can achieve a more even light distribution in the greenhouse and there are no shadow strips, in particular, convinced me,” says Valstar. “This screen solution now hangs on 23,000 m2; the rest will follow in the coming years. In this concept, we combine a screen that limits light pollution with the PARperfect climate screen. 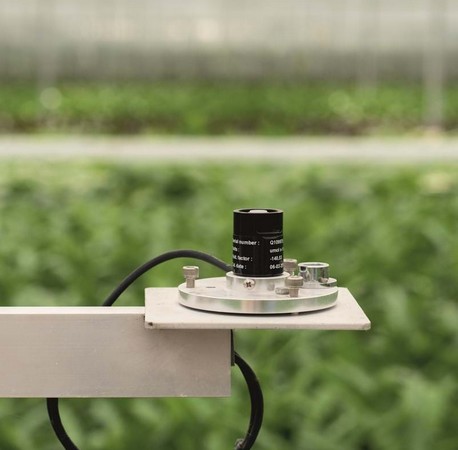 Although Valstar has already benefited in recent years from a more even light distribution and thus a more consistent crop growth, he had not yet taken any fundamental steps in optimizing the amount of PAR light in the greenhouse. “Of course, I knew roughly what the plant could take, but not exactly. And to avoid damage, I played it safe as much as possible. This meant that sometimes I kept the top screen closed perhaps more than I needed to.” According to Paul Arkesteijn, it is not known for many types of potted plants exactly how much PAR light they can have. “This is mainly because the crops are relatively small, so only limited research is being carried out. But to get the most out of the PARperfect screen solution, it is important to have a good insight into your crop’s light capacity”, Paul Arkesteijn at Teun Valstar.

“In a department with PARperfect, we installed two leaf photosynthesis sensors in May last year,” says the Svensson advisor. “Such a sensor provides insight into how much photosynthesis takes place, how the plant feels, and whether stress arises. The latter is the case when the crop receives too much light.” Arkesteijn analyzed the data from the photosynthesis sensors every two weeks between May and September and combined this with available data about the amount of PAR light, the positions of the climate screen, and the greenhouse climate. “Based on this, we mapped out how much light a calathea can have, both instantaneously and cumulatively over the day. This was more than we expected. We also saw that Teun was quite on the safe side when it comes to screening; at many times, the plant could have more light than it received.” The climate advisor also saw that the chalk layer that the grower used to prevent too high temperatures in the summer blocked out too much light. “Sometimes Teun did not reach his required daily PARlight sum because of this. In short: there is still a lot to be optimized in terms of light level in the greenhouse.”

Experiment
The challenge now is to put the acquired additional knowledge and information into practice. In other words: does Valstar now dare, based on the information about the light capacity, to screen less and to allow more light into its greenhouse? “This year I’m going to experiment with this,” says the grower. “In any case, I want to apply a less thick layer of chalk than before and also try to allow in more natural PAR light, both momentarily and cumulatively. I am very hopeful that this will ultimately result in a higher cultivation speed and quality gain.”