Growing along with the ferns

A big part of all commercially sold ferns globally originate from Vitro Plus in Burgh-Haamstede, the Netherlands. The answer to the question ‘how did they manage that?’ is of course not straightforward, but if there is someone who can give us a slight insight, it is Ellen Kraaijenbrink. At the company, Ellen is not only co-responsible for the sales and marketing, she also celebrated her 20th anniversary last month. 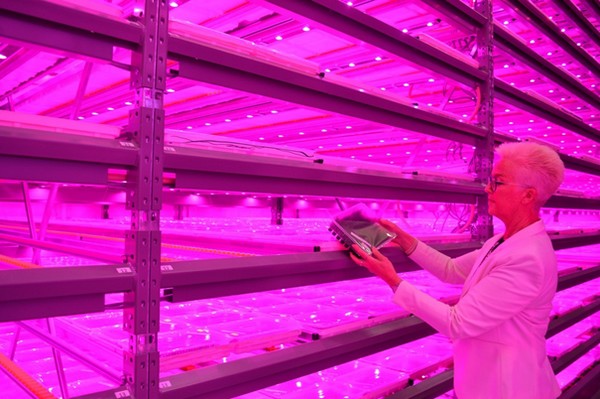 Ellen in one of the growing rooms of the company

A lot can happen in twenty years. The company was already doing well back then: they were growing ferns, selling them globally and the company was not yet in Burgh-Haamstede, but close to Renesse. “We were in Portacabins, next to a farmhouse in which the company was established back then and we grew from there. When I joined the company, all sales, apart from owner-director John Bijl, were done by one woman. By now, the sales team has expanded to eight people led by Vincent van Vuuren, and in that time the company has also grown from about 10 FTE to around 60 FTE now.”

Streamlined
Soon the move to Burgh-Haamstede followed, where a hall was purchased. This is where an important part of the production took place and where ‘the production line’ was introduced, a more streamlined manner of working in which the whole process from Petri dish to plant tray became one fluent movement. At first, a part of the production remained in Renesse, which was not very practical due to the continuous travel back and forth of plant material. Eventually, this problem was solved by moving the entire company to the new location. 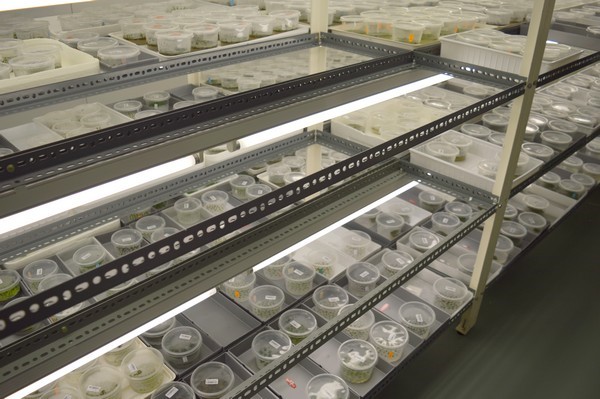 Inside and outside
Good housing is a requirement for growth, but it obviously takes more than just that. For example, the product range has grown strongly as well. Twenty years ago, the product range was much smaller and only consisted of tropical ferns. Recently they added hardy ferns, a whole different story, as propagation happens from spores instead of tissue culture. Due to both practical and hygiene considerations, both processes have since recently been completely separated.

Things can change
Now, they have more plants than customers. “Twenty years ago we had about 100 varieties,” Ellen says, “now the amount tripled.” This is, apart from the undoubtedly terrific sales skills of Ellen and her colleagues, due to a special reason: the market has completely changed. “We can barely keep up now, everything sells really fast, but it has not always been this way. It has been years of pulling and dragging and it usually does not happen on its own. These past four, five years, demand is increasing and boomed by the pandemic.”

Ferns for mothers
So far, as the entire plant market will agree, this shopping craze remains. This is not just the case in Europe, but also in the US, where Vitro Plus has many customers. “The market in the US is less sensitive to trends, the consumer buys more traditionally. Ferns are often in hanging baskets, big and people are eager to pay for it. The fern is also, surprisingly, a popular product around Mother’s Day. Recently, however, we have been noticing some shifts. Orders are becoming larger and people want to diversify. The demand for new varieties, for striking looks, for something unusual, is growing hugely, in the US as well.”

Ellen has not always worked in this industry. After the local tourist office, a job as a receptionist at an architectural company and several years at home with the children, she eventually knocked on John’s door. “For just 15 hours a week at first, which continued to become more. Flexibility was never a problem. I practically had no knowledge concerning ferns. After about seven years in the office I attended a trade fair and that is how everything started. Now I arrange our participations to the different exhibitions, I am responsible for our marketing and I am in sales. Along the way, I discovered that I really enjoy the actual selling, as well as bringing in new clients and maintaining our network. My parents used to own a supermarket, so that might be where I got my commercial instinct from.” 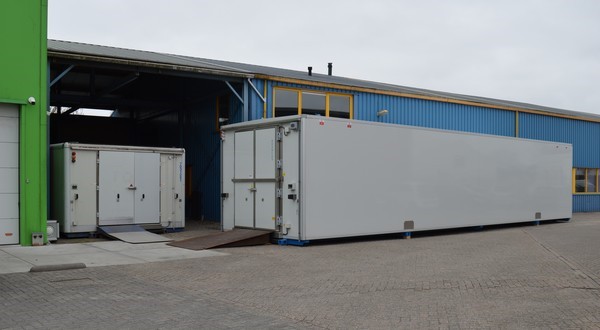 Expansion
To this day, John is still the Sales Director. His previous companion, Kees Zevenbergen, has been retired for quite some time, and about twenty years ago Ard Stoutjesdijk joined the team as codirector-owner. This past year was ‘the best year so far’ concerning the sales. They never have sold this many ferns and never have had this many orders, re-orders and after-orders to process. This is wonderful, of course, but it does mean the production capacity has to increase. For now, this problem can be solved by using extra climate cells, which are a type of containers in which ‘ LED-vehicles’ are driven into and in which the production can be increased by two million extra plants during peak time. Yet this is merely a temporary solution, which is why, Ellen concludes, construction will start soon. A piece of the neighbors’ land has been bought, the paperwork is being done at the moment and the construction will start next year.