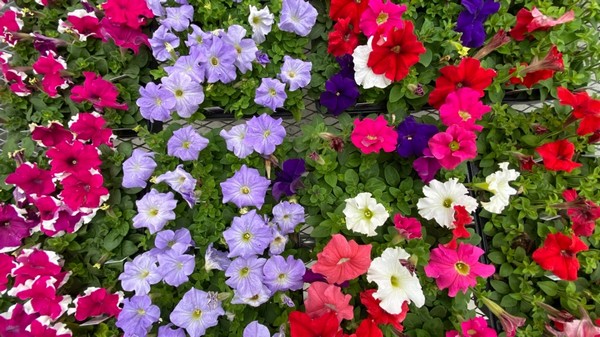 Mother’s Day is a little over a week away, but a certain type of flower is in short supply and could require you to spend a little more. “I think demand right now is so high for flowers because there is so much negativity that’s been in our world recently and people just want to brighten each other’s day,” said Rick Huisman, owner of Huisman Flowers in Holland.

There are more logistical reasons for the demand as well. “People don’t realize that even when they take a flight into Grand Rapids from California or Canada, Mexico, South America, they’re sharing cargo space with flowers,” Huisman said.

Cut flowers are traditionally the go-to. They have longer stems and go in vases with water. An ongoing cut flower shortage could cause prices at flower shops to jump a bit.

“A year ago at this time, most flower shops around the country were not allowed to be open because of COVID,” he said. “So, growers had to make decisions based on life as it was a year ago.”

The flower field deals with a very perishable product, with a small window to sell. And when you cannot plan, it can cause problems. But some growers reaped the reward of the pent-up demand.

Garden centers and flower shops were open just in time for Mother’s Day last year, and Miedema struggled to keep up with the demand with his greenhouse being cleared out before the summer.

“I think people were saying, ‘Well, if we can’t go anywhere, we’re going to at least have our yards nice,” he said. “We’re going to spend time at home and our backyards and spend money on that.”

Fast-forward a year later and success is still commonplace in West Michigan. “It’s ramping up and next week, of course, is the week of Mother’s Day,” Miedema said. “So, we anticipate it being really busy.”

“We’re just looking forward to it, and it’s going to be a great one,” Huisman said.

Read the complete article at www.woodtv.com.