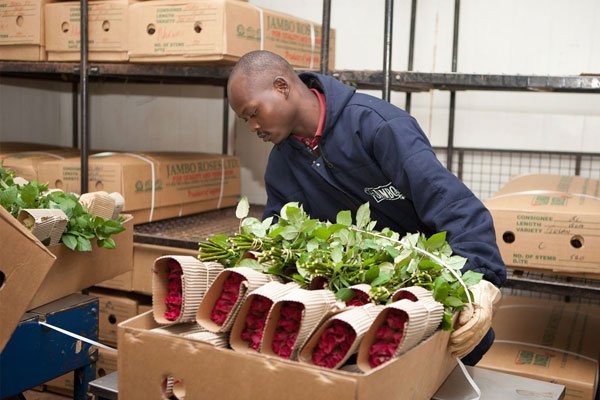 Flower exports recovered from a massive decline, registering a Shs6.6b growth in February, according to data from Bank of Uganda (BoU). The industry had been threatened by a massive reduction in export volumes and revenues at the height of the Covid-19 lockdown last year but it has progressively recovered to near pre-pandemic levels.

The industry last registered such massive growth in February 2014.
The flower industry, according to Bank of Uganda, first registered a recovery in June last year in which at least $6.04m (Shs22.3b) worth of flowers were exported. However, it subsequently, registered declines in July up to January, earning a monthly average of $4.5m during the seven months.

The decline had been largely blamed on Covid-19, which had during the period forced a number of countries to go into lockdowns.
The decline had been worse in March last year, which according to data from Uganda Flowers Export Association, exports had fallen by at least 90 per cent.

The improvement has been attributed to a number of factors, among which include, increased cargo flights in and out of Uganda. During February, according to Bank of Uganda, more 790 tonnes of flowers were shipped out of the country compared to 511 tonnes in January.

The 2020 and 2021 global lockdowns had eaten into the flower exports that suffered suspension at various auction markets including in Netherlands, which is one of Uganda and eastern Africa’s biggest flower export destination.

Ms Esther Nekambi, the Uganda Flowers Export Association executive director, yesterday said she had not analysed the Central Bank’s report, noting the export and such other details would be discussed in the upcoming annual general meeting.

Read the complete article at www.monitor.co.ug.