adminLeave a Comment on Daffodil export venture for JZ Flowers as sales grow to £116.8mPosted in Daily Florals 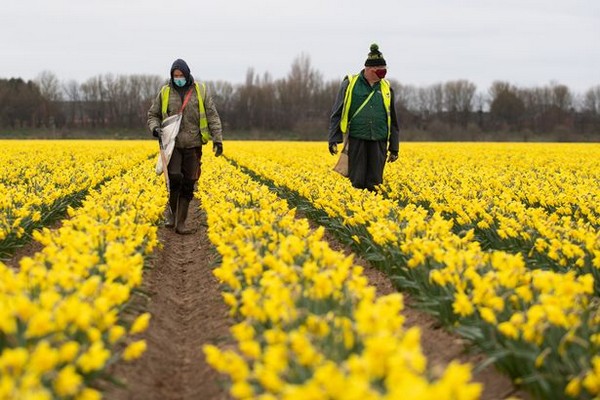 UK Daffodils is a 50/50 venture with the well-established Produce Investments business and was revealed as JZ posted an 8.9 percent sales increase, to £116.8 million for the year to December 2020. Headcount was also up almost 20 percent, from 351 to 420 for the supplier to the UK retail market.

The Newport-headquartered company, with operations in Spalding, Lincolnshire and Naas, Ireland, as well as a subsidiary in Miami, USA, saw a pre-tax profit of £4.3 million, up slightly on 2019’s £4.2 million.

Rowe began as a potato farming entity in the early Fifties, branching out into daffodils 11 years ago, alongside Rob Stavey and Nocton Flowers. It was acquired by Produce Investments in 2012, adding Kevin Andrew Farming in 2015. The last potato harvest was completed in 2018 as flower production became the full focus.

In the strategic report, JZ’s finance director, Joanne Davison, told how the venture was formed in August. She said the principal activities are to “buy, pack and sell daffodils export markets outside of the UK”.

Despite being synonymous with Wales, Cornwall gives early-season advantage for UK growing, with the window from January to Easter. More than 100 varieties are grown by Rowe across 2,500 acres.

Miss Davison described 2020 as a year of “unprecedented change with the Covid-19 pandemic having huge impact within the floral supply chain”.

Read the complete article at www.business-live.co.uk.